Social Media – How does it affect our life? 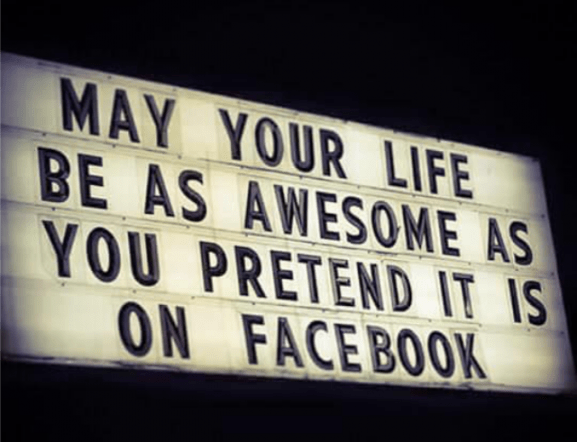 Is social media our modern day necessity or our Achilles heel and how does it affect our life and the lives of our children?

There is the valid argument to say that social media, used well, is an absolutely amazing addition to our social life.  It has revolutionised keeping in touch with friends and relatives in distant places.  It can give us an overview of what our friends are up to in their lives but does that mean that there is no reason to call?  Does it make us closer seeing what are friends are up to or more distant because we’re not personally interacting?  And what if a friend doesn’t respond, how do we feel?

IS SOCIAL MEDIA THE NEXT ADDICTION?

I know that for children and teenagers devices are becoming an intrinsic part of life, be it at home, in restaurants, in cars and pretty much wherever they are, even on the loo.  This is the first generation with such technology and it will either be the most important tool to bring the world together or will it be the end of socialising as we know it?  But who is in control?

Children say they are fine without it but try saying “we will go out without the device today and spend some time together”, what will your child say?  Have we got the measure of the significance of social media?  In the world of the teenager, who has control with social media? Is it the parent? Doubt it.  Is it the teen? Maybe not.  Is it their peers?

If a teen turns their back on social media, what happens?  Do their peers respect their decision and wish secretly that they had had the guts to do that?  What happens to a teen’s kudos if they don’t conform in the same way the majority do? Are they outcast socially and just not ‘up there’ if they don’t comply?

Mostly, young people post to social media when they look at their best or are having the ‘best time’ so when you wake up in your creased PJ’s and your hair’s a mess it’s easy to feel less than stunning when you’re looking at a mirror reflecting specimen of perfection on social media.  Do we build on the idea that this is their normal look?  Sometimes, it may be much more serious, so many stories appear on the news where teenagers have been bullied to the point of wanting to commit suicide.  What happens in that scenario? Why was that person ostracized?  Were they different? Did they not want to conform to the norm? What is the norm? Are there groups of people who find significance in being ‘as one’ in a group?  How come the ostracized teen couldn’t or wouldn’t talk to someone?  Their inner feelings are so important.

Significance is a basic human need.  We all need to feel significant.  How many youngsters want to join a group of people so they can achieve significance with their peers?  I read years ago that peer pressure is greater than that of parents, teachers and even police.  It can be more important to be accepted by peers than just about anyone.  How much ‘bad behaviour’ goes on by otherwise ‘good kids’ because they wanted to impress their friends and in turn be accepted?  Is this why there is so much credence given to what friends say on social media?  Why it is so important to be ‘liked’ and to have ‘likes’ to what you say and how you look?  How does it feel to post something and have no likes?  What if you post a photo of yourself and you have no likes?  What does it mean?  Does it mean that you’re ‘ugly’ or ‘unaccepted’ or does it mean that people were off doing something else or were just not impressed?  Where does our significance come from?  From what we are told by others or what we feel inside?  It can sometimes take very little to make someone feel insignificant and in turn feel ‘not good enough’ and in turn, stressed.  It can also take very few words or gestures to make someone feel very significant and very worthwhile.

The phenomenal side of social media is how it can reach so many people.  How it can join people together and keep so many in touch with each other, share events and swap useful information.

Recently on Facebook I saw two postings that make social media invaluable.  The first was regarding a young boy with autism who had suffered a disappointment.  I don’t think I have ever seen so many postings of people wanting to help and give ideas.  It was heart-warming to say the least.  Posts were pinging up one after the other and it just went on and on.  It showed such togetherness of people who didn’t know each other.  The other was a teenage boy who had not arrived home and his parents were obviously worried.  Again so many people ‘shared’ the post to help get the message out there, being helpful and joining together in their concern.  The boy turned up the next day and all’s well that ends well.

I suppose there are three sides to social media, the good stuff, the bad stuff and the bit in the middle that keeps us from doing everything else!!

How do you make sure for you and your family that the balance is right?  Are parents getting more addicted than children?  There was a programme recently about children having more accidents because parents were engrossed on phones.

The youth of now is the first generation with social media and it can either enrich their lives or make them miserable.  Is this the new addiction or do we all still have a choice?

Ultimately, no one has control over how we feel except ourselves.  Only when we give permission to others can they affect our inner feelings, when we make their opinion more influential than our own.

‘To thine own self be true’ from Shakespeare is a well-known saying with immense meaning.  However, is it that easy to stay strong inside and disregard what others say and do?

Sometimes, in that sea of external influence, we can lose sight of our own purpose and reason to feel significant.  If we have been following everyone else’s ideals of how we should be and look and behave we can become worn down and lose our self-esteem.  We all have the beauty and strength to be that person we choose.  Life coaching helps people become aware of that beauty and strength that may have been overlooked. One day, when we decide it’s time, we will sing our own tune, write our own story and be true to ourself.

I have attached a link here about staying healthy on social media and what was particularly interesting for me was trading the FUMO for the JUMO, fear of missing out for the joy of missing out.  Hope you find it useful. 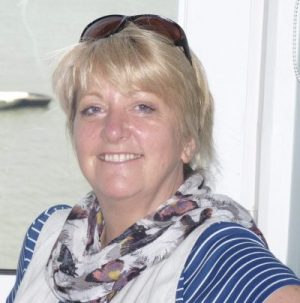